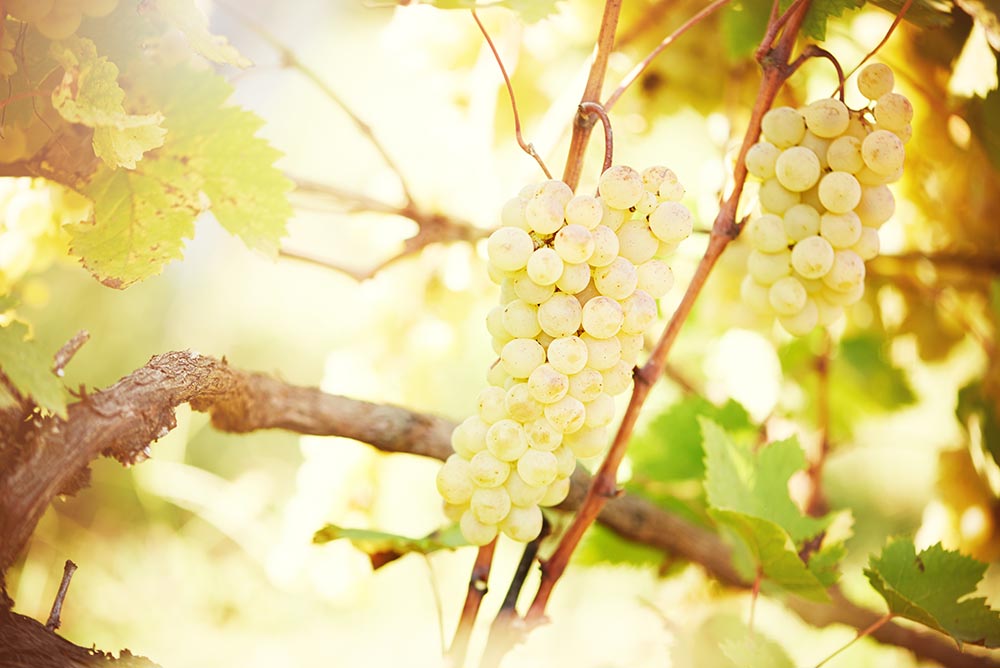 If you're looking for a perfect pairing with grilled fish, risotto with spring vegetables, or creamy soups, you'll want to consider a wine made from chardonnay grapes. This quintessential white wine is a popular favorite that is best served chilled and enjoyed over dinner. In fact, it is the most widely distributed white grape in the world.

Chardonnay grapes are actually descendants of the Pinot noir grape. Back in the 10th century, a vineyard, perhaps by accident, crossed the Pinot noir grape with the Gouais Blanc grape. While that grape is virtuously non-existent in France today, it was the origins for one of the most widely grown grape in the world.

Of course, the name chardonnay, pronounced "shar-duh-NAY," comes from villages in the famous wine region of Burgundy in France. Today, of course, it is still grown widely there although the grapes can also be found in nearly every wine-producing region in the world. You can discover excellent chardonnays from Oregon, California, Chile, Argentina, South Africa, Australia, and New Zealand as well.

A reason it is so popular among winemakers is because it can be grown in a wide variety of soils and climates. It prefers soils made from chalk, clay or limestone, but winemakers have had much success in vineyards with much different soils. The grapes can thrive in cooler climates as well as warmer climates. It's easy to grow–and easy to drink.

As there is much variation in the growing methods, wine lovers shouldn't be surprised, then, by the dramatic differences in taste produced by the chardonnay grape. For example, grapes that are grown in cooler climates often have a lighter profile, with notes of citrus and stone fruits. This is why chardonnay grapes are the foundation for the bubbly Champagne produced in France.

Conversely, chardonnay grapes that are grown in Australia and California, for example, have a quite different profile due to the warmer climates. This is known as "New World Chardonnay," and the notes are more tropical with a softer acidity.

The processing of the grape can also produce noteworthy differences in the finished product. Chardonnay wines can be either oaked or unoaked. If a winemaker wishes to create an oaky taste, they will use what is known as malolactic fermentation, which is not stirred but instead aged in oak barrels. As a result of the fermentation process, you'll enjoy creamy notes, as well as hints of toast and spices to the nose.

This fermentation processing of the chardonnay grapes, which went into overdrive in the 1980s and 1990s in California, is the cause of both the wine's popularity and also disregard by many seasoned wine lovers. If the oaky notes, a classic mixture of vanilla and wood tastes, aren't for you, look for an unoaked option. It may surprise you, much like the wide variety of meals that pair well with chardonnay. For example, many diners are delighted by the pairing of this wine with grilled steak. It's just one more reason to have a bottle chilled and ready at all times.