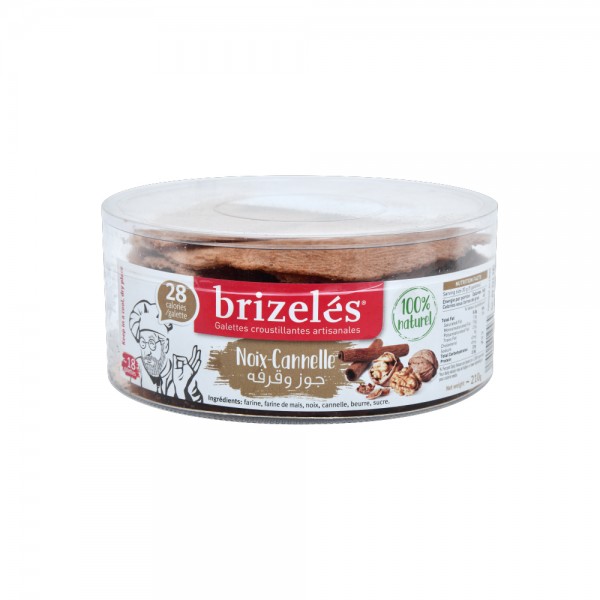 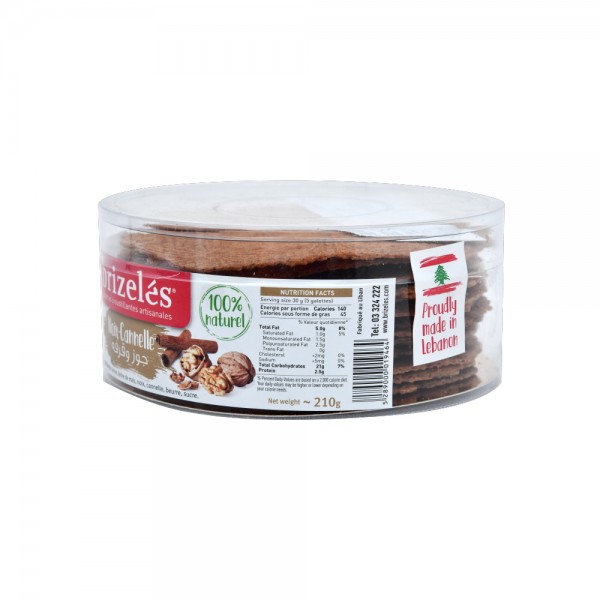 180 GBy Brizelés
Rating:
Be the first to review this product (0)
LBP 40,000
Add to Wish List
Product Description
Brizeles Galettes Noix Cannelle- 180g, a box of 20 all-natural cinnamon flavored crackers. These artisanal gourmet crackers are made using flour, corn flour, nuts, cinnamon, butter and sugar.These crackers are guilt free snack that will satisfy your cravings with only 28 calories/cracker.Made in Lebanon.
About The Brand 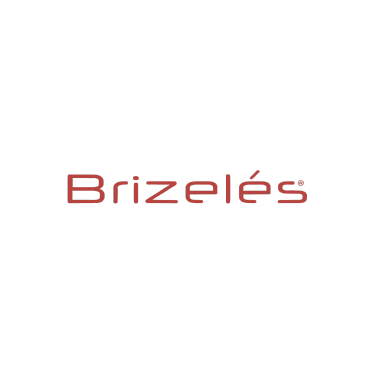 The story of Brizelés began in the summer of 2010. Kamel Cabbabe, Gourmet and Sunday Chef was spending his vacation not on sunny beaches, but next to the heat of his open ovens. To come up with a distinctive biscuit with the most delightful oriental taste took many attempts but at last it was ready to try on his friends…All who sampled it proclaimed it a great success and advised Kamel to market it at once. Known as “Brizelés” our Lebanese crispy crackers were originally sold from a board and two trestles at the Souk El Tayeb in Downtown Beirut. Their increased popularity soon warranted a small team, carefully trained and equipped, working eight hours a day to supply the whole of the capital. Today Brizelés crossed the Lebanese borders and started its first operation in the innovation hub of the Middle East, Dubai, to continue their irresistible conquest of new markets.