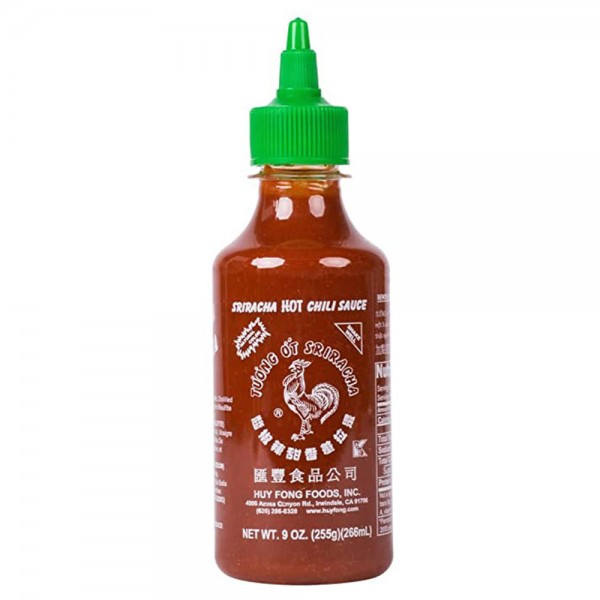 9 OZBy Sriracha
Rating:
Be the first to review this product (0)
LBP 62,999
Add to Wish List
Product Description
Sriracha Chili Sauce 9oz is made from sun ripen chilies which are ground into a smooth paste along with garlic and packaged in a convenient squeeze bottle. It is excellent in soups, sauces, pastas, pizzas, hot dogs, hamburgers, chow mein ( Chinese stir-fried noodles) or on anything else to give it a delicious, spicy taste. Like all our sauces, we use only the highest quality ingredients and never any artificial colors or flavorings.
Country of Origin
About The Brand 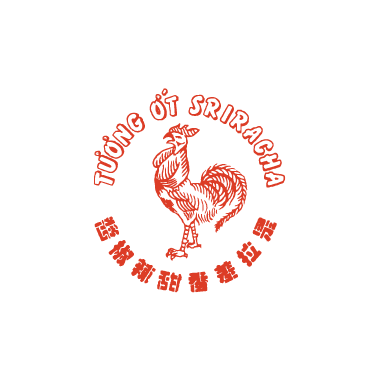 Producing by hand, Huy Fong Foods began in Los Angeles, California in 1980. Its fisrt chili sauce “Pepper Saté Sauce” was developed by the company's founder. Making and selling this sauce in his native country of Vietnam before he arrived in the United States. In time four more chili products were formulated: Chili Garlic Sauce, Sambal Oelek (Ground Fresh Chili Paste) and Sambal Badjak (Chili Paste with Onions). Finally, Sriracha Hot Chili Sauce, which is currently Huy Fong Food's most well-known and best-selling items. Growing to become one of the leaders in the Asian hot sauce market. In 1986, Huy Fong Foods moved into a 68,000 square foot building in Rosemead, California. Huy Fong Foods' chili sauces are made from fresh, red Jalapeño chili peppers. They don’t contain any water or artificial colors. Today, Huy Fong Foods is being known as a hot sauce for all cultures. Some uses for the sauce include topping pizzas, marinating meat, adding heat to chilies and soups, and spicing up salsas. Huy Fong Foods’ sauces are characterized by the clear plastic bottles, green caps, and Rooster logo.