Turmeric vs. Saffron: What's the Difference? 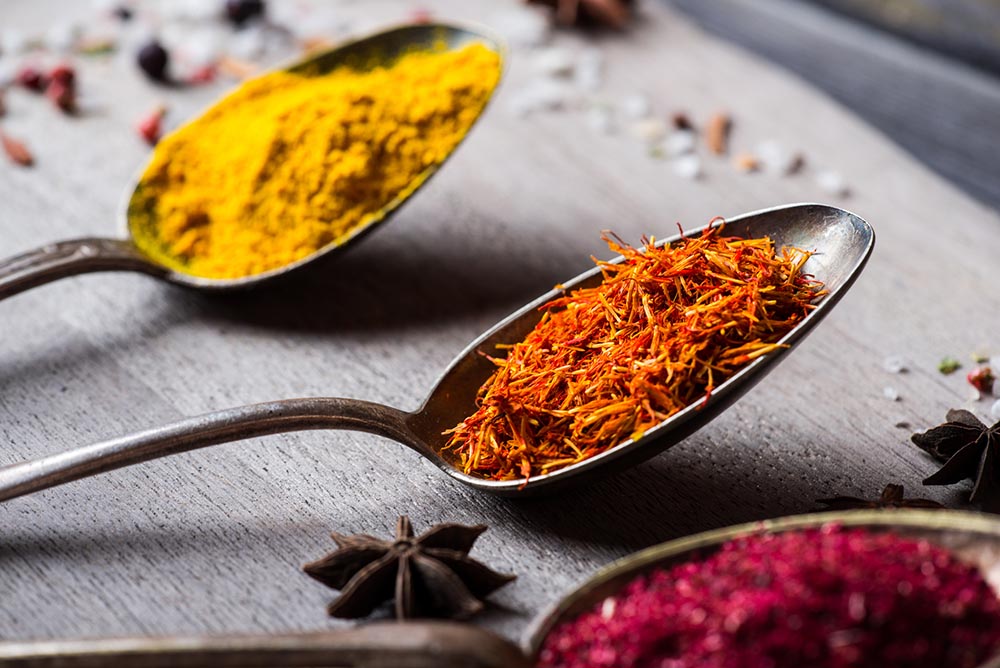 Turmeric and saffron are two herbs traditionally used in the Middle East. They both have a long history of being used in both cuisine as well as for medicinal purposes. While they are very similar, turmeric and saffron have some significant differences. Knowing these differences allows you to know which one to grab for any occasion.

Native to Indonesia and southern India, turmeric is a member of the ginger family. The root plant has a deep golden color and flavor that is both bitter and peppery.

There are over 30 varieties of turmeric that are commonly cultivated, including

After being cultivated, turmeric is typically crushed into a powder. It’s difficult to tell which variety is which in most cases as most have similar flavors and consistencies. To ensure that you purchase high-quality turmeric, an organic brand is ideal.

Turmeric contains a compound called curcumin, which contains antioxidants and anti-inflammatory properties. It is one of the most studied herbs and has been found to have numerous benefits.

Studies of the root have found:

Turmeric has many culinary uses. Some of the most common include:

While first cultivated in Greece, saffron is now found throughout the world. The leading source of the herb today is Iran. It is a bulbous plant that produces up to 4 flowers. Each flower has 3 deep red stigmas, which are dried and used to produce the ground spice.

In addition to its distinctive red color, saffron has a floral and honey flavor that can quickly become bitter if too much is used. It takes up to 75,000 flowers to produce one pound of saffron, which makes it an incredibly expensive spice. Fortunately, you only need a very small amount to achieve the ideal color and flavor for dishes.

There are several subspecies of saffron, such as:

Like turmeric, distinguishing the different subspecies can be difficult, if not impossible. Choosing an organic brand can help to ensure that you get a high-quality product.

Saffron has been studied quite a bit. It contains crocin and safranal, which both contain antioxidants and vitamins.

Some benefits of saffron include:

Saffron has multiple culinary applications, both savory and sweet. Common uses include:

While expensive, you only need a very small amount of saffron to achieve the flavor and color you’re looking for in any dish you create.

In cooking, turmeric is more affordable while saffron is more versatile. For medicinal purposes, turmeric is better understood, but saffron is known to have some significant benefits as well. Both are valuable herbs to have on hand in your pantry.