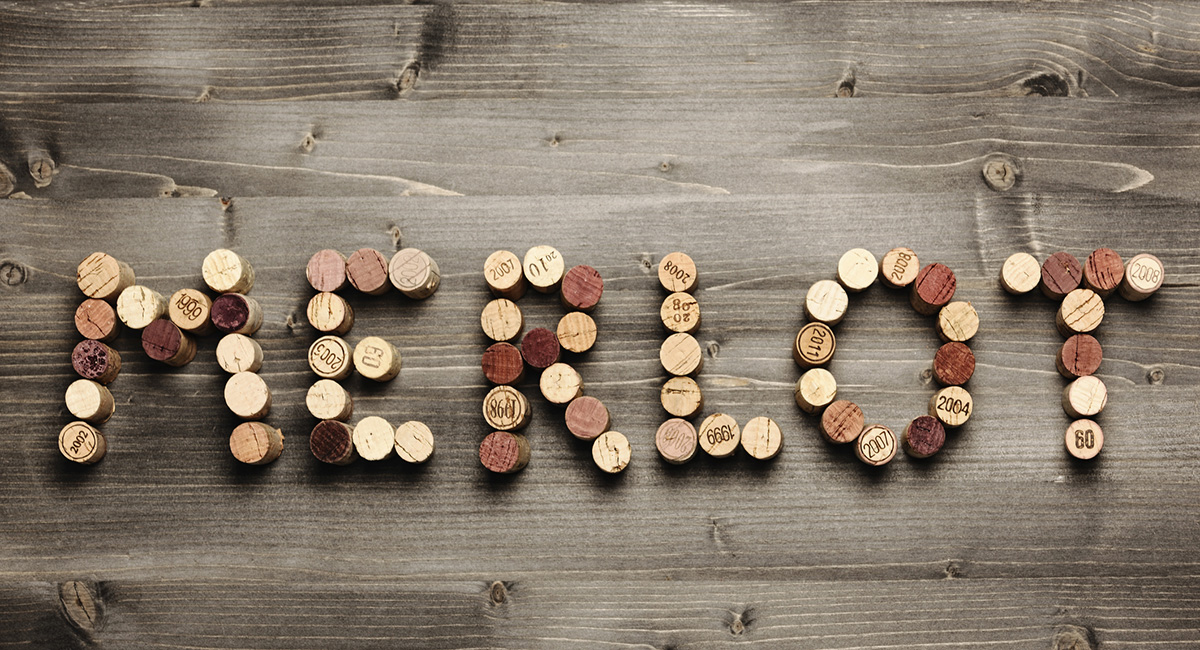 Few red wines are as versatile or as popular as Merlot. Arising from Bordeaux, the term means "the little blackbird" in French. This translation is believed to reference the grape's dark color. This is just one of several distinctions to set Merlot apart.

Merlot is often compared and contrasted to similar Bordeaux grape Cabernet Sauvignon. Some wine enthusiasts think of Merlot as the less sophisticated alternative to Cab, but this perception is unearned, particularly given the sheer variety of options available. Rather, the true distinction between these similar varieties can be found in how early Merlot ripens—and how fleshy the grape tends to be. These characteristics produce a less astringent wine with fewer tannins and a softer finish.

In general, Merlot's body is regarded as less complex than that of Cabernet Sauvignon. Its position in the middle of the red wine spectrum makes it a uniquely versatile option capable of pleasing a wide variety of wine aficionados. It is also highly regarded due to its availability at a wide array of price points, ensuring that it can be enjoyed by wine enthusiasts in every budget range.

Among growers, Merlot is favored for its high yield. It is most successful in clay and limestone soils. Challenges may arise from the strict need for attention to detail, as seemingly small errors make it difficult to achieve desirable wines. Additionally, Merlot is uniquely prone to both frost and rot.

If grown properly, Merlot produces rich berry and plum flavors. When aged in oak barrels, it often features hints of licorice or cinnamon. Wine experts refer to it as the ultimate chameleon, as regional differences produce a surprising array of flavors. Merlot grown in cool climates, for example, may feature more tannins and an earthier than expected taste. Meanwhile, Merlot from warmer areas tends to be fruitier. Producers in warm regions often rely on extensive oak treatment to grant the prominent red wine additional structure.

Despite its Bordeaux origins, Merlot has taken off in a variety of regions throughout the world. Its international popularity derives, in part, from its ability to take on different characteristics based on its location of origin. California is currently one of the world's most important Merlot growers outside of France. Other notable locations include New York, Italy, Chile, and Australia.

Wine drinkers adore Merlot, in part, because it can be paired with such a wide array of dishes. Pairings depend somewhat on the origins of the wine. For example, Merlot from California goes well with roast beef, while Bordeaux Merlot is regularly paired with roast duck.

In general, Merlot tastes wonderful when served alongside chicken and several dark meats. Ideally, these will be lightly spiced. Merlot from cool regions is particularly well-suited to roasted vegetables—especially those that typically prove difficult to pair with other wines.

No matter where it's grown or how it's paired, Merlot provides a smooth experience that is sure to delight all types of wine drinkers. It's easy to see why this beloved red wine holds such a strong reputation all around the world.