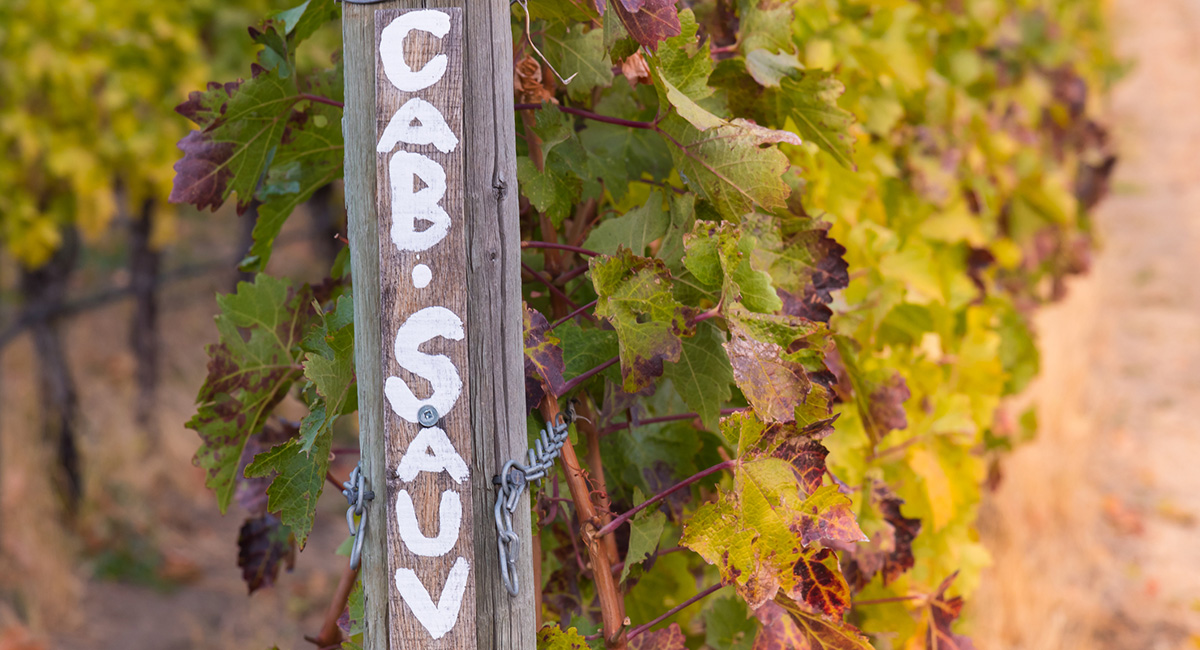 As the world's most popular wine grape, Cabernet Sauvignon boasts its fair share of fans. Interestingly, while it is currently one of the most prominent red wines, it is a relatively recent addition to the wine spectrum.

Cabernet Sauvignon came about largely by chance, due to the unexpected crossing of Cabernet Franc and Sauvignon Blanc during the 1700s. The grape quickly grew in popularity due to the ease with which it could be cultivated. For years, rumors suggested that Cabernet Sauvignon was, in fact, an ancient variety, with various fans suggesting it originated anywhere from Rome to Spain. More recently, however, DNA typing revealed its true origins.

Today, Cabernet Sauvignon is one of the most familiar—and popular—wines available. It is beloved not only for its rich flavor, but also, for its unique ability to blend with other varieties. Featuring a full body with medium tannins and acidity, it is relatively approachable for those new to wine—but also complex enough to satisfy aficionados.

Although different varieties of Cabernet Sauvignon tend to share a few key characteristics, the wine is also known for its versatility. Its flavor can differ based on where it is grown and how it is cultivated. The use of oak barrels, for example, influences the final taste. Barrel size can prove surprisingly important, with larger barrels producing less pronounced flavors. Some winemakers, however, prefer to use other wood types or even to add oak chips or planks to stainless steel tanks while aging the wine.

Regional differences play a key role in producing Cabernet Sauvignon's many flavors. The grape is primarily associated with Bordeaux, where it can prove particularly savory. Typically, however, the Bordeaux region does not produce exclusively single-grape varieties, but rather, blends featuring Cabernet Sauvignon alongside other favorites. Together, these form the eponymous and highly regarded Bordeaux Blend.

Outside of Bordeaux, Cabernet Sauvignon is prominent in Spain, Chile, Australia, and California. Its hearty nature makes it an excellent option for growing in a variety of regions. Although it tends to be a low-yield grape, it is notoriously resistant to common issues such as frost and rot.

Due to its rich flavor, Cabernet Sauvignon is at its best when paired with similarly flavorful meals, as it can quickly overpower more delicate dishes. Spice is highly encouraged—hence, its common use alongside peppery entrees.

Cabernet Sauvignon also works well with meats featuring high levels of fatty proteins, which bind with tannins to clear the palate. Classic pairings include lamb and steak. Otherwise, Cabernet Sauvignon and dark chocolate are a match made in heaven. Together, they please wine aficionados and chocoholics alike.

Regional differences should be considered when pairing Cabernet Sauvignon with various dishes, as some varieties tend to be fruitier or fuller in body. Wines from cool climates tend to work best with simpler dishes, while those from warmer areas are better paired with complex, generously spiced meals.

There's a lot to love about Cabernet Sauvignon. Don't hesitate to try multiple varieties and blends. You'll quickly discover that this famous red wine provides something for everyone.